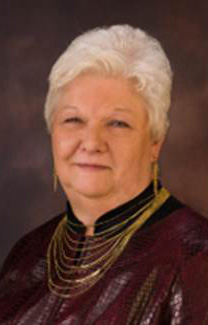 Cathy Wagner was the founding attorney at what is now Martin & Wagner, P.A.. She was a licensed and practicing attorney in Minnesota from 1994 until 2014, working primarily with families in a variety of legal areas. Her decades of legal experience and undergraduate degree in accounting allowed her to effectively serve clients with the highest quality and attention to detail.

She set the standard of taking a practical and reasonable approach to every legal issue, counseling clients with respect to potential outcomes and the costs of litigating issues, which encompasses much more than monetary costs. She understoodnd that and guided clients through the legal processes and procedures to make it as easy as possible.

She raised two sons as a single mother and was a very active member in her church as a part-time organist and piano/keyboard accompanist to a women's vocal group and served on various ministries.

"Thank you for everything you did for my family. I couldn't have picked a better team to handle my case and keep me level headed!"
–T.E.

“I'm so grateful for the blessing of your God-given brain, costly education, and never-ending perseverance and determination Becky. You have done extraordinary work. With all my heart, I thank you.”
–B.K.

“Thank you for all your help and support this past year. I do appreciate it very much.”
–T.

"I feel incredibly safe with your counsel; from day one you pointed me in the right direction and led with integrity. I thank you so much for all of your hard work; I do not take your efforts for granted. I am beyond grateful for your commitment to me. I have, and will be forever thankful that I chose you to be my advocate and guide. I appreciate you!!"
-S.A.

“Thankful and grateful words aren't enough to express just how much gratitude I feel for what you've done for me. I honestly do not know what I would do without you.”
–C.K.